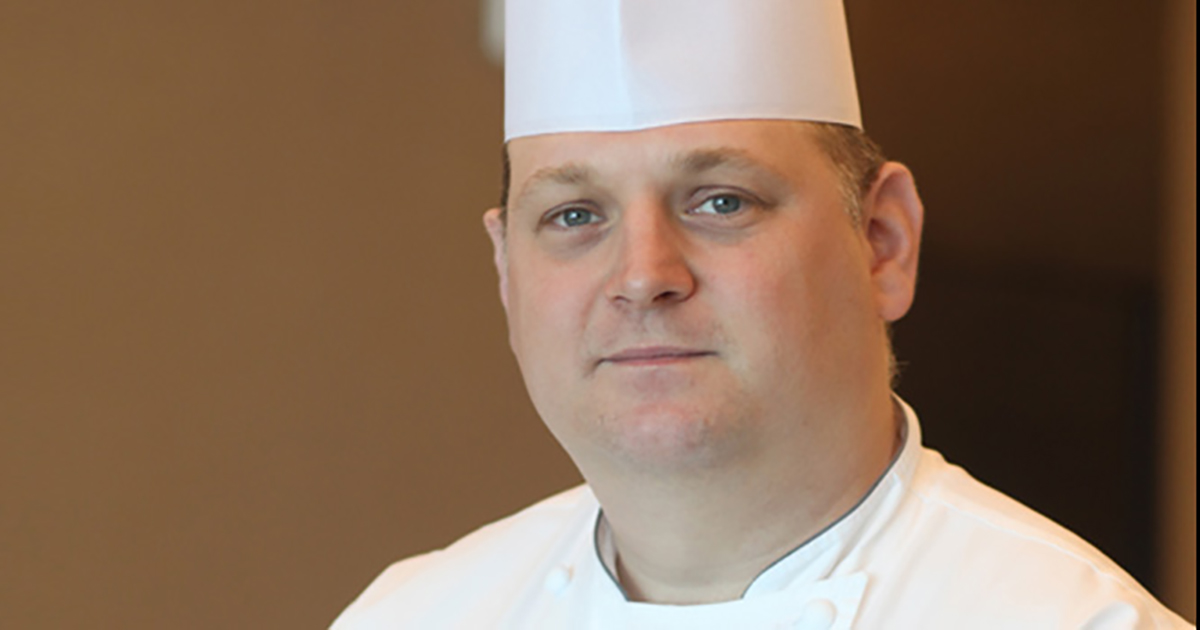 Just a few months into his appointment as Director of Culinary at the JW Marriott Marquis Dubai, Sebastian Nohse believes he’s on track to make the hotel the leading F&B destination in the Middle East. Already in place are some iconic outets and the newly opened second tower will add more restaurants to the portfolio later this year.

German native Chef Sebastian Nohse now leads a team of 280 chefs, managing 22 kitchens and operate an array of dining outlets including Rang Mahal Indian restaurant, Nawwara and Prime 68 at the JW Marriott Marquis Dubai. After his experience at Madinat Jumeirah, however, he’s not fazed by the size of the operation or the forthcoming outlets in the recently opened second tower of the hotel, though those won’t start rolling out until year end.

He received his culinary training at the Berufsschule Essen Ost Catering College in Germany. Since then he has worked at a number of world-renowned restaurants within four- and five-star hotels including Fontainebleau Miami Beach and the Mandarin Oriental Hong Kong. “My vision is to make the JW Marriott Marquis Dubai known as the number one dining destination in Dubai by creating authentic and memorable experiences whilst ensuring our team delivers an intuitive and personalised service,” he insists.

Tell us about your childhood.
I grew up in Essen, which is close to Cologne. I come from a family of teachers and my father was the principal of one of Germany’s largest schools. It’s an industrial city and I was definitely a city boy, growing up away from the pretty areas of the city. Food? I remember there being berries everywhere which we picked and we used to go often to the Netherlands and would always bring back rhubarb.

Were your parents interested in food?
Well, both my mother and grandmother were very good cooks in the German rustic style, so I got good exposure. My interest in food developed early – I baked a lot with my grandmother. No mixes! Everything was handmade, of course. In my last year at school, I arranged an apprenticeship – six days a week for three years. we were a large family and we had a culture of food prepared at home – it was simple, sure, but quite seasonal. When I started cooking as an apprentice, it did take me some time to get used to the difference. Then I did my army service and cooked for the officers’ mess. The army was tough – I lost 20 kilos in ten months!

So, after the army, you entered the profession properly?
Yes, I jumped in at the deep end and went to work in La Provence, a one-star restaurant with 35 covers. There was just the two owners and me putting out a seven course degustation menu. I tell you, I really learned a lot and got my real passion for food. For me, that was the first milestone in my career, developing that deeper instinct for food. Of course, the work was really challenging as we made everything from scratch but it was very enjoyable.

You’d found your metier?
To be honest I was still in transition. I felt I was growing apart from my friends because my life was so totally different to theirs. Anyway, after nearly 18 months at La Provence, I decided I need to move abroad to learn to speak English. I first tried the USA but, instead, went to England and worked for the Marriott in Swiss Cottage in London. It was challenging to be in a new city but the work was less stressful. After a few years I loved to another Marriott property, Hanbury Manor – a phenomenal property. For the first time I was in charge of a restaurant – the Oakes Grill which was brasserie style.

What do you think you learned in the UK?
Apart from the language? I think mainly being able to think about and understand food as much more international than I was used to before. In Germany, food is very traditional and maybe two-thirds of menus are pretty much the same. Being exposed to a variety of cuisines and styles really changed the way I looked at food and it was a pretty big step for me to eat Indian or Chinese or Thai dishes. In terms of my time at Hanbury Manor, the big change was becoming a decision maker. I was doing a 120 hour week – HACCP was just coming in at the time so that was another change.

The worst thing about the experience?
My English was Cockney English because of the people in the kitchen in Swiss Cottage! That changed when I moved on to the Dorchester, working the Rib Room. I didn’t stay there long – it was very old fashioned and I was spending my time doing paperwork with a Sous Chef managing the restaurant. After six months I’d had enough – I wanted to get back to cooking and working in the kitchen again with passionate people. So I went as Senior Sous Chef to The Greenhouse in Mayfair – 70 covers, 21 chefs and one of the hardest jobs of my life! Every day was a challenge to get through. In service, there was such a demand for perfection – it was an atnosphere where mistakes were just not allowed. A lot of pressure. But I learned a really valuable lesson: how things go wrong. It was a special time. Then I met Anton Mossiman – a very inspiring chef.

I always thought it interesting that he never really capitaised on his talent. He could have been one of the big names.
No, that wasn’t what he wanted. He wasn’t into chasing a star. It’s not that he lacked ambition, just that he wanted to cook the food he wanted to cook in his place. He didn’t need other people’s judgment. After that I needed a change of scene, a new challenge.

That’s when you came to Dubai for the first time?
Yes, Chef de Cuisine for Al Muntaha at the Burj. That was 2004 and I got the job after a 40 minute phone interview. I needed to experience a new culture but it was harder here than I expected – at that time product quality was hard to manage, the workforce was different to what I’d experienced and I felt a lot of restrictions based on what guests were demanding. The job for me was not interesting enough to make me want to stay and in 2005 I went as Executive Sous Chef to the Mandarin Oriental in Hong Kong.

Why Hong Kong?
I’d wanted to go to Asia and the Mandarin Oriental was a great property with a refit and a great Executive Chef, Sean O’Connell. In fact, the whole team was amazing with a phenomenal skill level and hardly any staff turnover – the head butcher had been there over 40 years! The kitchen was so produce oriented that my time there really opened my horizons, plus the whole local street food scene…

Where next?
Miami. After two and a half years in Hong Kong, I moved to the Fontainebleau Miami Beach as Executive Chef, my first time. It was crazy – the staff was all Hispanic and I hardly spoke any English while I was there. we had 12 restaurants and three celebrity outlets – Alfred Portale, Scott Conant and Hakkasan. Then I moved back to Dubai in 2009, partly for the kids but also because my wife had many good friends here from the time she lived before in the city. Working at The Address Downtown, I think it was the first time we started to love Dubai – it seemed to have changed so much so quickly. Competition in the F&B sector meant that the product process had been solved and suppliers were now accountable. Next I went to Madinat Jumeirah as Executive Chef. Jumeirah has a very strong corporate culture and chefs are expected to manage what comes into their kitchen from a potential 12,000 product list. So I’d spend a lot of time meeting with suppliers and making clear our expectations about quality and so on. It was a challenging job too with so many staff reporting to me.

And now you’re here. What’s your direction moving forward?
As Executive Chef, you have to understand that you can’t be cooking in all your restaurants so it’s about setting expectations and managing staff. We all work hard but you also have to be accountable and part of my role is to inspire people to go the extra mile. With the staff turnover we have in this industry, there’s a lot of opportunities for the right staff to advance and develop. I believe in promoting through the ranks and I think if you encourage people to see their career development in place then there won’t be so much movement.

Obviously, the outlets were already in place when you came on board. Any issues?
No, it’s an amazing set-up and it was the easiest take-over of my career. There’s a difference, of course, between opening and operating – now we’re at the stage of understanding our market more.

Do you expect to make major changes?
No, I believe we can become a major dining destination and we have some great offerings. We may make some changes to remain current but my focus is also on the new outlets for the second tower. One clear thing for me is that we need to stay true to our concepts. We want people to remember their experiences with us and I think we can sum up our approach as casual food with sophistication. We have quality environments here but we also have to deliver approachable experiences. I think we can all learn from Atul (Kolchhar) about delivery.

Take a look at all the fun we had at 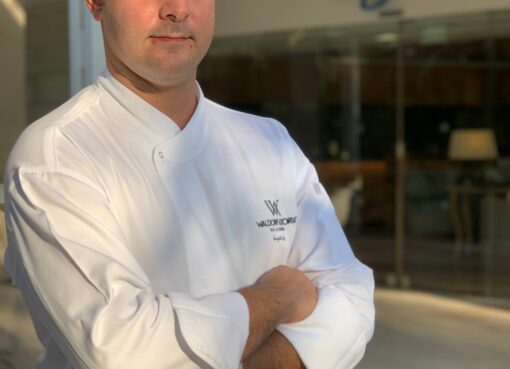