With a food empire that spans much more than 20 fine dining restaurants, you’d think chef/restauranteur and Wolfgang Puck might think about slowing down a bit as he approaches 65. No, he says, as more books, catering contracts, casual restaurants, licensed products and more continue to flow from the man whose bold style helped redefine the fine dining scene in the US. In town for the countdown to his first Middle East venture, he explains why he’s still excited by the business.

“I think one of the biggest changes to the food scene has been changes in work habits, though that’s as true of Europe as the US. In France, for example, people no longer go home for lunch but instead grab a sandwich. People don’t know how to cook any more.”

Wolfgang Puck didn’t have an easy start in the small Austrian town of Sankt Veit an der Glan. His father abandoned his mother before he was born, later remarrying. He disliked his stepfather and left home as soon as he could, working almost five years in a kitchen before realising that this was the job he wanted for life.

He moved to Indianapolis in 1973 then to Los Angeles two years later where he began his meteoric rise, his easy familiarity with celebrities and his pivotal position in turning Californian cuisine into a national favourite.

Puck learned cooking from his mother, who sometimes worked as a pastry chef. Aged 14 and encouraged by his mother, he took an apprenticeship under Raymond Thuilier at L’Oustau de Baumanière in Les Baux-de-Provence, then worked later at the Hotel de Paris in Monaco and at Maxim’s Paris. Aged 24, he joined the team at La Tour in Indianapolis and, two years later, moved to Los Angeles to become chef and part owner at Ma Maison. His first cookbook, Modern French Cooking for the American Kitchen, in 1981 based on his Ma Maison recipes, led to him opening Spago on the Sunset Strip a year later, replaced by Spago Beverly Hills in 1997 – widely recognised as one of America’s top 40 restaurants and now holding two Michelin stars

Since then, he has created an empire: over 20 fine dining restaurants, 40 restaurants in the US premium catering services sector, more than 80 Wolfgang Puck Express operations, kitchen and food merchandise, cookbooks and canned foods.

And, finally, he’s entered the Middle East market with CUT by Wolfgang Puck at The Address Downtown. In a restaurant in the last stages of fit-out, he found time to sit with us amongst the drilling and painting!

Why so late to the Middle East?
Are we late? I don’t think so. I was here about eight years ago as a guest of a member of the Abu Dhabi royal family to look at possibilities in the capital but the market wasn’t ready. I remember we stayed at Jumeirah Beach in a villa and the chef, an Indian, served quite ‘international’ food. I asked if he’d cook something from his home for me and that was excellent but really then the best place to eat was Buddha Bar. Now I think the time is right and we’ll do what we always do whiuch is do things better than anyone else. Now we expect lots of others to follow us here.

We have had a good selection of other leading chefs here, of course…
Yes, but I do believe that we change a market. Look at CUT in Singapore – we got all the details right and now it’s the number one restaurant for meat in Asia. Same in London – CUT is still the best.

What are the particular challenges here?
Well, produce of course. I’m here just at the wrong time but on my next visit, I’m going out to the farms and to Oman. I’ll make a trip back just for lack. Across the region, I think there is great potential – I remember being very excited by the fish market in Bahrain.

But it’s very different from the produce scene in California, isn’t it?
You know, there are similar challenges everywhere. Look at Scandinavia and the whole shift to foraging – amazing food but there are no fresh vegetables in winter. Just like when I was growing up in Austria, my family had a cellar and stored food. Now we’re all sso used to being able to get anything at any time…

What got you into this business in the first place?
To be honest, it gave me an opportunity to get away from my stepfather. We did not have a good relationship.

Yet you still use his name. Had you never thought to change it?
No, that was not something I ever really thought about. I’m not sure why. Anyway, I left home and I wasn’t sure what I really wanted to do. I was 18 or 19, working at the 3-star L’Oustau de Baumanière under Raymond Thuilier. One day, I just realised that he was the kind of person I wanted to become. He had energy and passion especially for produce and, most importantly, he was determined to be better every day. He was also a painter, something I’d be if I hadn’t become a chef.

What’s your chief characteristic, would you say?
Most of us have to be reactive in life, leaving it to the youngsters to take the risks. However, for me, I still like to take risks as we did with Spago.

The secret of success?
It’s all about repetition. In this business it’s hard work and talent that work together to make success, but the more hard work the better. The more you’re able to replicate quality the better. Opening a new restaurant like this is like putting on a play with all the excitement, but we have to deliver service after service. It’s also important to have original ideas – I think, back in 1982, that we were about the first at Spago to have an open kitchen. I think my pizza with goat’s cheese was a game changer and so on.

Of the various brands and options, why did you decide on CUT for Dubai?
It’s perhaps the easiest concept to roll out to multiple locations – meat and fish kept simple but delivered with perfect execution. I’m a great fan of simplicity – young chefs tend to add to much, to overcomplicate. Give me a simple grill. It’s food that you can eat often, maybe several times a week. As food gets more and more complicated, you want to eat it less often. At the end of the day, you need to ask: is this food for the customer or the critic? I believe that customers are our greatest critics.

So customers are always right? What’s your take on the whole fad for social media, on-line reviews, Instagram and so on?
Everybody now in some sense is a food critic – it’s a crazy thing but customers want it. As a young chef, I didn’t need the media; now, I’m on Twitter. But for me, personally, I’d rather read a newspaper!

Although CUT has fish options, it has a serious meat focus. Where are you sourcing from?
At present, Japan and Australia. I want to bring in some Austrian meat too – after all, it’s good enough for Robuchon in Paris!

What keeps you interested and excited by what you do?
The fact there’s always something new, I think. For instance, this new outlet – I’ll probably be here six times in the first year and then reduce that. The thing to remember is that I’m not alone – I have a great team and they develop all the time. I do what I love to do but I realise I can’t keep up the pace. Now I’m 64, I need to reorder my life a little so, instead of making specific trips, now I’ll combine them so maybe LA to London to Dubai to Singapore and then back to LA. A round trip twice a year would let me spend more time with my family, which is important to me. I’m not going to keep travelling constantly.

What will take its place?
I’m working now on setting up an experimental kitchen in LA, using lots of new technology, which will allow us to discover the absolute best way to cook anything. People ask is this is like the elBulli research lab but it’s not really – don’t get me wrong, I love Ferran’s work and expertise but I couldn’t say which single dish of his I’d want to eat. What we’re doing instead, for example, is to take salmon and work out that the best way, the most consistent way to get quality is to cook it and then finish it on the grill.

So you’re getting back to what you love, the cooking?
Yes, nowadays you can’t be a chef without also being a businessman. If you haven’t got good numbers, then you’re out of business. What I do now is a more complicated life than the one I used to have, but I still love simple pleasures like going to a fish market or a farm. I have one rule, though – I go home every day at 5pm and cook for my children. That I really enjoy. Food for me is more enjoyable than being in the office, but the financial side is part of the deal and, frankly, I don’t hate it so much that I won’t do it.

Are you like most chefs, dreaming one day of a simple place on the beach, grilling fish and cooking barefoot?
Not exactly. I’d like a small restaurant that would only be for my friends. Invitation only.

What would you have done if you hadn’t been a chef?
An artist. Art is something I love even though I don’t really do it. I think it’s important that when you do something, you do it well.

When you first moved to America after working in Michelin-starred restaurants in Europe, were you surprised by the state of the food?
Oh yes. I think the US has changed more in the last 30 years than anywhere else. When I arrived you couldn’t even get fresh basil. Napa Valley then had less than 40 vineyards – now there are more than 300. Nobody made fresh cheeses. People used to drink cocktails throughout a meal. And the ‘fine dining’ food was old school continental It was really different.

And now has American food as a whole gone too far down the unhealthy route to be saved?
Well, the good news is that many people are now paying more attention to what they eat and their nutrition but the reality remains that good ingredients are expensive. Sugar is the easiest pacifier but I do believe we’re getting slowly better but real change will be down to the home cook. I think one of the biggest changes to the food scene has been changes in work habits, though that’s as true of Europe as the US. In France, for example, people no longer go home for lunch but instead grab a sandwich. People don’t know how to cook any more.

Final thought. Any more plans for the Middle East?
We’re talking to Four Seasons in Bahrain, both for CUT and for an Asian restaurant.
Puck’s fine dining restaurants 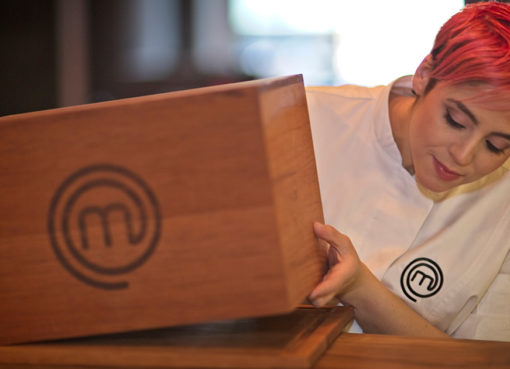 As the cornerstone challenge of the TV franchise that has 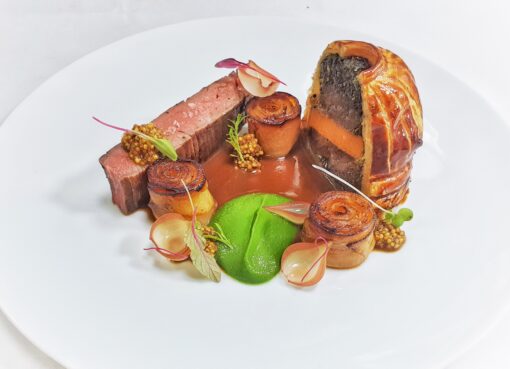 Emirates Culinary Guild and US Beef Export Federation have announced 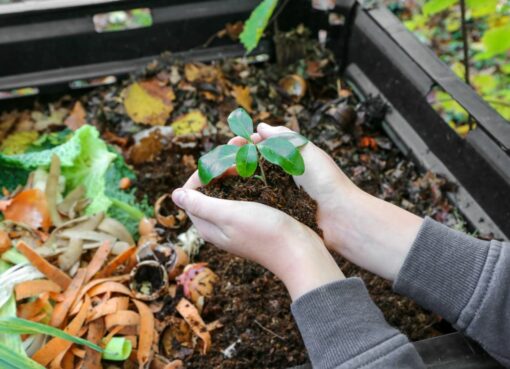 The inaugural edition of Gulfood Top Table at Gulfood 2022