Home > The Critic > Check in and dine in 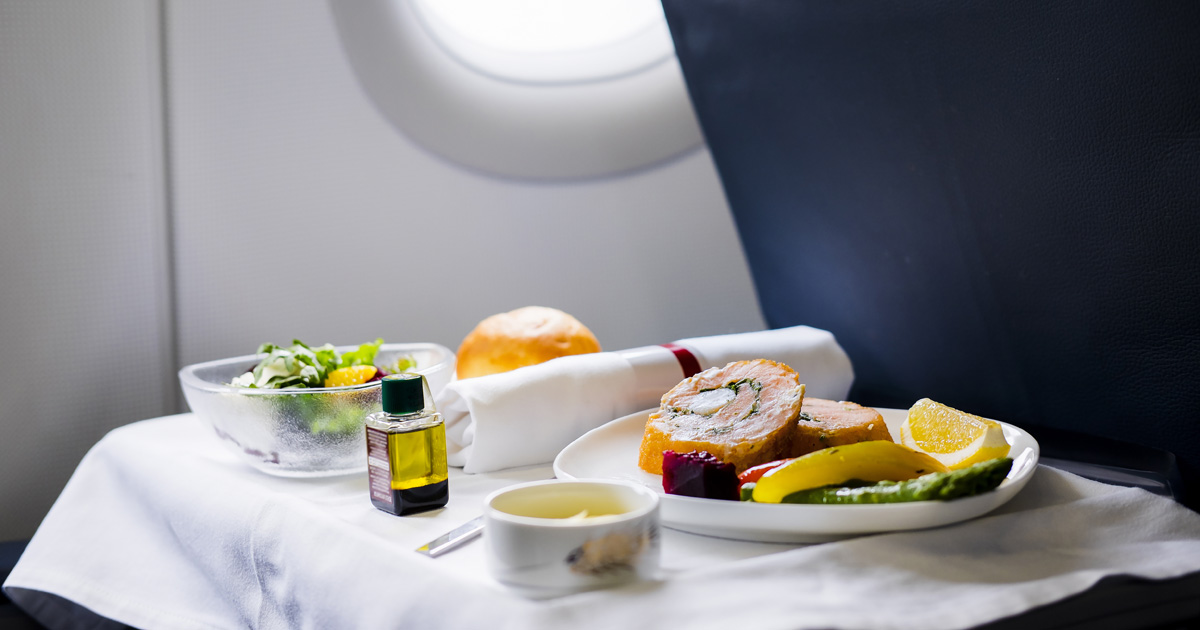 With airline food so universally poor, unless you’re sitting in First Class, an increasing number of international airports are not looking at celebrity and high profile chefs to provide excellent food airside – by mid-June, for example, Heathrow will have three from Ramsay, Blumenthal and a quartet of female chefs. What are the prospects in the region?

What is it about flying at 30,000 feet that makes food so inedible and tasteless? Put at its simplest, at high altitudes our taste buds just don’t work properly. That’s why recent research has shown that the best in-flight drink to go for, assuming you drink, is a Bloody Mary – the unami in the tomatoes is strong enough to overcome the environmental issues.

Of course, airlines do employ celebrity chefs to try to make in-flight food more palatable: Qtar Airways with Vineet Bhatian, Virgin with Luke Mangan, Singapore Airlines with Carlo Cracco, Air France with Joel Robuchon and British Airways with Heston Blumenthal, but all too often the chefs’ focus is on the front of the plane and Economy passengers still suffer. Take Emirates, for example: its in-flight cuisine has been highly praised but, whilst First Class passengers dine on lobster tail, wild Iranian caviar and glazed duck breast, back in Economy it’s still seasonal salad and chicken.

The other major problems, apart from taste, are logistics and costs. Basically a flight is trying to do 450 covers with no on-board cooking, unreliable and inconsistent on-board reheating plus a number of variables of meal types. So it’s lowest common denominator time, especially as the risk of food-borne illness could be so damaging to the airline. And costs? One airline realised that if it removed olives from salads, then it would save $3m a year – so don’t expect little touches of luxury.
This is why, increasingly, passengers are opting to take their own food on board. Meal service on flights out of Hong Kong can consist of little more than jugs of boiling water to fill up the pots of noodles chosen by passengers. And it’s also the reason that so many internal flights in the US have now descended to another circle of hell, with large amounts of fatty fast food odours competing with excess passenger sizes to make your flight scarcely bearable.

But there is a solution – one that is gaining traction worldwide and one that Heathrow will lead this month. It’s the celebrity airside restaurant. The news is timely because Heston Blumenthal is about to open The Perfectionists’ Café in Terminal 2, with a potential annual footfall of 20 million passengers. Final details of the menu are still being worked out with Executive Head Chef Ashley Palmer-Watts, but it is widely reported as being inspired by Blumenthal’s In Search of Perfection TV series and will feature nostalgic favourites. “We want to deliver a broad spectrum of easy to enjoy, familiar dishes from fish and chips to pizza, with some truly British eccentricity thrown in for good measure,” Blumenthal explains.

The Perfectionists’ Café joins Gordon Ramsay’s Plane Food, airside in Terminal 5 since 2008. It opened at a cost of £2.5m and early reports focused on security issues such as the restriction on the use of gas for cooking and the need for extra vigilance with cutlery. Starters include a pea, leek and goat cheese tart, while mains include steamed sea bass with lemongrass and white asparagus. At launch, Ramsay compared its style to a cross between The Ivy, his own Boxwood Cafe and The Wolseley. In an interesting move, the restaurant also supplies takeaway cool boxes designed to be taken on flights to eat instead of airline food. There are up to four choices for each of three courses, including a tiger prawn and watercress salad or roast beef with truffle with a green bean salad.

And next up is The Gorgeous Kitchen, also Terminal 2. This is a concept developed by four local chefs – Gee Charman (former chef at Kensington Palace and right-hand woman of Gordon Ramsay), Sophie Michell (executive chef of Pont St, Jo Pratt (TV chef and book author) and Caroline Mi Li Artiss (one of the first chefs to be discovered on YouTube. Specialising in beautiful global cuisine made utilising British-grown produce, the dishes are designed to suit every type of guest. Think Sweetcorn and coriander fritters served with sweet chilli cream cheese and king prawns or Maple and Bourbon glazed pork belly with Waldorf salad and chorizo toad-in-the-hole. Key to the expected success is an express menu delivering a spectacular speed of service that will allow travellers to enjoy a meal within 15 minutes.

In addition, Heathrow is to offer more healthy eating options following a comprehensive review of F&B by John Torode and Gregg Wallace, in which they ate their way around the UK’s hub airport in 80 plates and then set Heathrow a six-month challenge to improve the airport dining experience. So, for example, healthy eating symbols in restaurant directories and brochures will help customers pick the healthiest options in each terminal. Other healthier outlets such as YO! Sushi and Carluccios will join the mix. In all this, the airport is building on the success it had in 2012 and 2011 when it was awarded Best Airport Food and Beverage and World’s Best Airport Food at the Food and Beverage awards for its diverse food offering. According to Ben Crowley, Head of F&B at the airport,”We’ve been recognised on a global level but for us this is not enough. We want to continue to innovate to be the best in our league for airport dining.”

In Dubai’s quest to become a leading global F&B centre, can it be long before the dining options at our airports aren’t dramatically upgraded. Granted we see a wide variety of nationalities passing through and a vast majority of economy travellers, but isn’t the same true of the Emirate and that supports numerous five-star dining options. Levels of investment would be high, of course, but we can’t help but feel that outlets like Qbara or La Petite Maison or Zuma or Rivington Grill would make a killing across the various concourses. An informal sampling of food enthusiasts reveal a large number ready to check in extra early for their next flight for even something as simple as a decent seafood platter…

Where else can you eat supremely well at airports?

Altitude is run by Chefs Gilles Dupont and Thomas Byrne, whose joint restaurants include the Michelin-starred Dupont & Byrne. Expect classic French food with a three course meal including dishes like Brittany sole meunière style or beef carpaccio for $75.

Opening next year is Asian Kitchen by Susur Lee offering bistro-style food showing off the chef’s French and Chinese influences. Already in place is Chef Massimo Capra’s Boccone Trattoria, which guarantees service within ten minutes and a completed meal within 30.

Modern tapas with Garcia’s twists such as cherry gazpacho and his famous oxtail burger. Sit at the bar or grab dishes for your flight.

His main oultet is starred but this serves the same marinated meats. Prices up to $20 a plate for main attraction of slices of marinated goose. Los Angeles International Airport ink.sack Sandwich bar by To Chef winner Michael Voltaggio delivers tiny crusty baguettes crammed with cold fried chicken or Spanish cured meats at under $10 a snack.

This is Europe’s only Michelin-starred airport restaurant, headed by Chef Marco Akuzun. Expect gourmet fare, great presentation, foams and an amuse bouche in a seven course menu for $183. 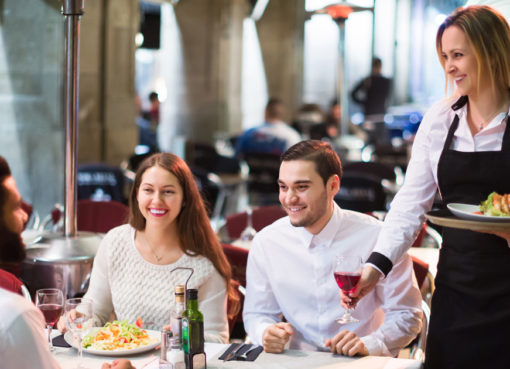 The UAE’s hospitality sector has encountered copious challenges in the 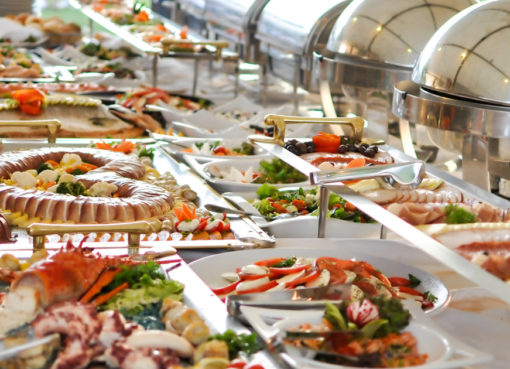 Food and water are the basic requirements for human survival, 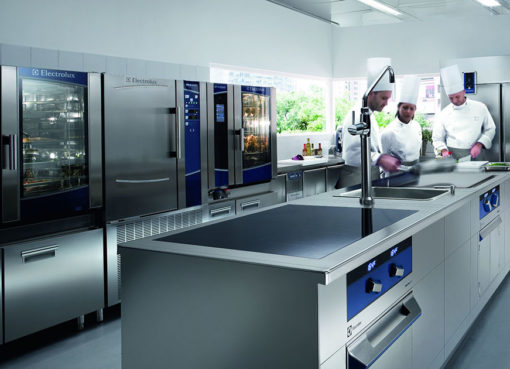 Art and science together

Electrolux Professional has announced an international alliance with WORLDCHEFS, the