Home > The Chef > A rare treat 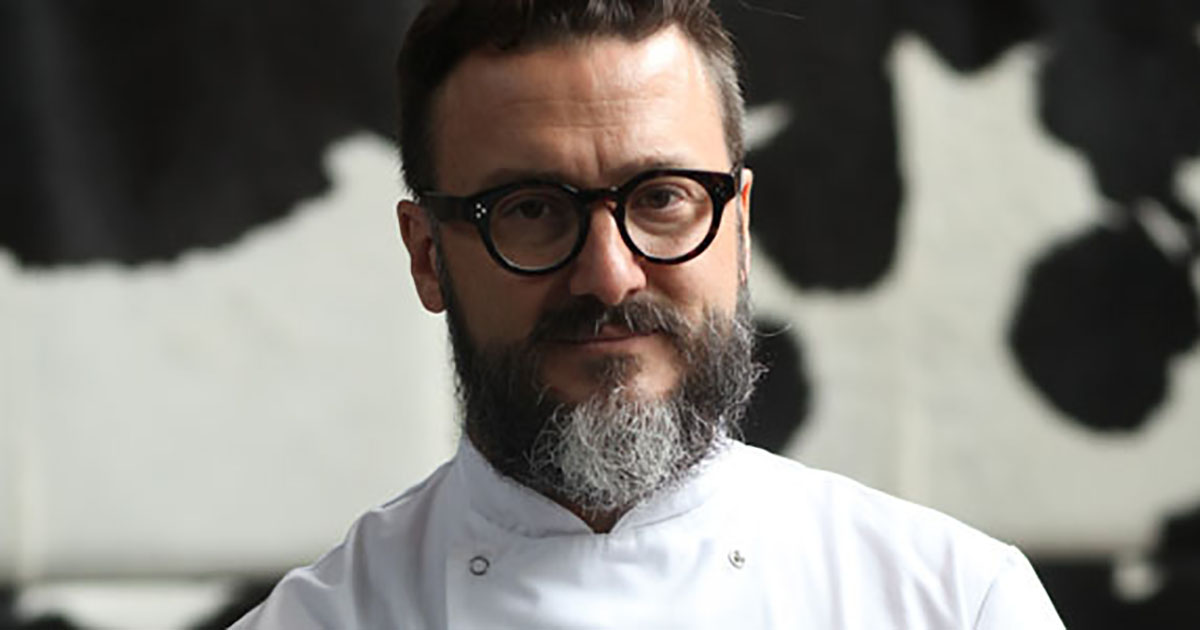 Speciality beef direct from Argentina to the plates of diners worldwide – Gaucho Dubai is definitely one for meat lovers! In town overseeing the launch of a new seasonal menu, Group Executive Chef Fernando Trocca reveals what’s to come from the brand and also cooks up a couple of new dishes.

With an ultimate passion for cooking, travel and good food, Argentinian Executive Chef Fernando Trocca emerged into the international culinary scene in the late 1980s and has since launched his own restaurant in Buenos Aires, Sucre, presents his own cooking TV show and heads all culinary development for the Gaucho restaurant group.

Now in its third year of operation, the Argentinian-inspired restaurant Gaucho Dubai in DIFC has well and truly settled in amongst the brand’s family of international restaurants and, according to Trocca is “growing extensively year on year”.

As architect of the group’s seasonal menus, he reveals that meat lovers in the area can expect “big things” from the restaurant’s menu in coming months, in addition to possible expansion into Abu Dhabi and Qatar, plus the introduction of the brand’s Cau restaurant in Dubai towards the end of 2014.

Starting at the beginning, tell me about the inspiration behind your cooking?
My grandmother is my inspiration, my career is down to her. She was a fantastic, diversified cook, who I spent a lot of my time with as a child, amazed by her talent in the kitchen. I’d eat lunch with her every day after school, which is where my love for food developed. She really inspired me. Aged 17, I struggled with my direction in life and the culinary path just seemed natural. However, deciding to become a chef at the time was not easy. Back then being a chef wasn’t such a trendy thing as it is today and there were not many culinary schools around, especially in Argentina. So, I started off in a restaurant in Buenos Aires where I learnt all my basic skills over six years.

How did you further your career?
Travelling gave me the opportunity to branch out and grow as a chef and I gained much of my experience in London, Madrid, France and Modena in Italy, where I had the pleasure of training under Chef Massimo Bottura who today is chef patron of the three Michelin star Osteria Francescana, which is listed as one of Italy’s top five restaurants. I learned a lot about Mediterranean cuisine in Europe, however I decided to return to Buenos Aires in 1992, followed by New York for almost four years, where I learned more about Latin food. Opening my restaurant, Sucre, in 2001 was a major peak in my career, in addition to partnering with Gaucho and working with them for the last six years. I also ventured to Mexico in 2007 – I fell so in love with Mexican cuisine and still today it influences my cooking.

I hear you’re a culinary star on Argentinian TV?
Well I’ve done a TV show for the past 15 years in Argentina called the Gourmet Channel, it’s all about Latin American cuisine. Last year I also moved to a Fox channel, which is exciting because I love sharing my food. It’s always funny when I’m recognised in the supermarket back home, but I’m definitely no rock star!

You oversee all culinary development for Gaucho, how do you keep things up to date?
Travelling is a big help to me and luckily I travel very often. I think it’s really important for any chef to travel because I know personally with every new place I visit, I learn new things and develop different techniques that I sometimes implement in the kitchens. Things like reading magazines and cookbooks – visiting local markets also really helps me develop and stay up-to-date. Mixing with other chefs and participating in food festivals around the world cultures you as a person and a chef, again this comes down to travel and new experiences: it all inspires me. For example, when I went to Mexico I fell so in love with the food that when I returned to my kitchen, all of the ingredients and techniques were becoming Mexican influenced.

You’re in charge of Gaucho’s seasonal menus, is it hard to be innovative?
Sometimes changing the menu is easy, other times it’s hard. When I’m struggling, it really helps me to visit our different branches and gather a bunch of local ingredients that will be available for that season. It’s so easy to forget about what’s out there, so it is definitely important to play with ingredients and get creative when coming up with the new menus.

I hear there will be a new menu coming for Gaucho Dubai?
Yes, we will be launching the new menu for Dubai at the start of April, along with a new menu in London. The new Dubai menu is going to be a big change. We try to change aspects of our menus four times per year, but this one will be quite a big one. It will of course stay true to the Argentinian cuisine, there’s a lot of beef, but we have added things such as ceviches and causitas, which are Peruvian dishes. There’s also influence from Mexican, Ecuadorian and Brazilian cuisines. Some of the new dishes you will find on the menu will be sea bass tiradito, severed with a mango vinaigrette, vegetable sofrito and fideuà. This menu will feature a lot of salads to suit the spring/summer seasons, and in Dubai especially we try to have more salads and lighter foods on the menu because of the hot climate.

What are Gaucho’s ambition for the future?
It’s big! We now have 15 Gauchos in total, 12 in London, one in Manchester, one in Leeds and one in Dubai. However, Gaucho is hoping to expand further and we’ve been looking at Istanbul, China, Edinburgh, and several more as locations. We’d also like to see further development in this region, particularly in Abu Dhabi and Qatar. Dubai has been really successful for us in its first two years of operation, year by year it’s growing massively. We are really pleased. Additionally, Gaucho is expanding with its new restaurant concept, Cau, which stands for Carnes Argentinas Unicas (unique Argentinian meat) – it’s sort of a play on work using the name ‘cau’ seeing our main product is beef. This brand is a very big focus for the company now and it is planning to bring it to Dubai, perhaps towards the end of the year. It’s a simplified version of Gaucho – still beef but with more sandwiches and burgers. It’s younger and slightly cheaper.

It sounds like there’s a lot of expansion due to happen…
Yes, we are even expanding the Sucre brand in Latin America. We would love to take Gaucho there, but unfortunately we can’t take Argentinian beef into America.

How do you find produce sourcing in Dubai?
It’s quite a challenge because there’s a lack of good local produce here. We import nearly everything, and of course our beef is from Argentina.

In terms of current trends, what do meat lovers want these days?
Well, beef is certainly very popular right now. There was a point some years back when a big movement on vegetarian food had quite an impact on the sector, however the last five years I’ve seen popularity on a steep rise again. The demand is for grass-fed, healthier beef – people nowadays are looking for better quality because of the growing focus on health. Consumers want to know what’s in their food and where it came from. And they want quality.

What advice would you give to upcoming chefs, aspiring to be successful in the culinary world?
It’s all about the passion for cooking, like I said earlier. Becoming a chef today is quite trendy to people coming out of school, however once the novelty works off many of them are unable to stick it out longterm in the kitchen. That’s where the passion comes in – without the passion people don’t last in this industry. They’ve also got to be hard working and dedicated. Things have changed from when I started out, I can remember spending my days cleaning out fridges, shining the silverware and mopping the floor. Now, someone can go to school for two years and come out calling themselves a chef, so they don’t want to get their hands dirty or get down to basics. When I have someone new in the kitchen, I can tell immediately if they really want to learn and have the passion inside of them. Training chefs also forget that this profession means working unsocial hours, working weekends and late nights; it takes a lot of determination and, if you’ve not got the passion, it’s not going to last. If you’re lucky to find and work with your passion, it’s a blessing; and I can say I’m truly blessed to be a chef. 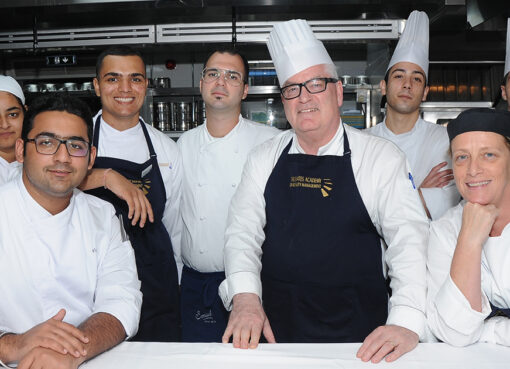 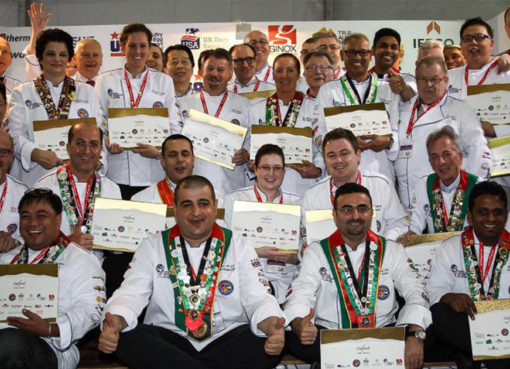 ExpoCulinaire to take place in Sharjah in 2019

Traditionally held in February within the Gulfood exhibition, the Worldchefs 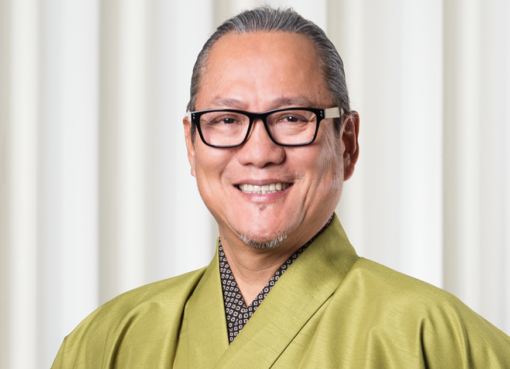 Ahead of his imminent debut in the UAE with Morimoto