Home > The Chef > From farming to foraging

From a childhood on a small farm in Canada to his new role as Executive Chef at Ritz-Carlton, Dubai, Eric Meloche has been busy all winter refreshing the hotel’s F&B outlets. Now as that task comes to a close, he found time to sit with us and talk about food.

With its recent upgrade with almost 150 new rooms and suites, the Ritz-Carlton in Dubai’s Marina is looking set to show younger upstart hotels how to do the job properly. For some time, it was overlooked by many as rather old school. However, a renewed focus on F&B saw its Blue Jade win Best New Restaurant in the 2013BBC Good Food Middle East awards.

For Executive Chef Eric Meloche, that was a great start to his new job. Now he’s looking forward to a series of revamps and new openings in the pipeline.Awarded Ritz-Carlton’s ‘Executive Chef of the Year’ for Europe in 2012, Eric grew up on a small farm near Windsor, Ontario.

So, how was food for you as a child?
I was really lucky, growing up in SW Ontario which is an agriculture rich part of Canada. I come from a family of farmers – well, not so much farmers as blue collar workers who also grew food. I have fond memories of eating French beans and rhubarb fresh from the soil. As soon as I was old enough I was planting corn and potatoes to help feed the family. We had a fruit cellar and my mother always seemed to be pickling or canning – beets, apricots, raspberries, rhubard and so on.

Sounds like a business!
Well, we weren’t rich so whatever we could grow and use, we did. Then when I was a teenager, I used to work parttime at corn detasseling. Up at six and maybe 30 of us would go up and down the rows of corn, picking the cobs and throwing the husks down on the ground. They planted rows male/female so they’d be natural pollination.

You have seen ‘Children of the Corn’, right?
Oh yes! And the evil Malachi, which is almost Meloche!

As a family did you eat out much?
No, there weren’t really opportunities but we ate well at home. I never though of being a chef and there weren’t really many examples in the town. I guess it never connected that there was a job like that until, at 16, I heard from my sister who was waitressing that a small place needed help. It was a husband and wife team – he ran front of house and I helped her in the kitchen. Nothing fancy, just working the grill. I did that for about a year. After that, I moved to a blue collar bar and grill. It was very busy and I learned a lot. I was there for about five years.

And then?
I shifted to Alberta and the famous Fairmont Banff Springs Hotel – a real institution in the Rockies. It was a total shock to me. I looked around and everyone was in a chef’s hat and I was just ‘wow!’. Luckily I was given an apprenticeship and worked really hard during the busy summer and then spent two months in winter at culinary school. I was cooking on the line but, thanks to Chef Ian Bens who ran the fine dining restaurant, I started to really think about food in a different way. For example, he’d drive to British Columbia at the weekend to forage and would come back with crates of mushrooms. He taught me the importance of really understanding the quality of ingredients and to take a real interest in them. So I moved to his restaurant which became one of the few in Canada to gain five diamonds and Triple A rating.

Did you specialise in any part of the kitchen?
No, thanks to the training I just became a well-rounded chef with no speciality.

Most chefs have a dream of their own place some day. What would yours be like?
It’d be product driven. Simple food, fresh ingredients and a rustic style. I always bear in mind something thomas Keller said: great produce and great execution equal great food.

Back to Banff…
By 2003, I wanted to travel so I joined Ritz-Carlton Amelia Island in Florida. I wanted to be in fine dining but the job was cooking for the all-day restaurant. It was tough – a large turnover and challenging because it just never stopped. We started to use some local produce such as Georgia peaches and local pecans.

And gator?
No, no gator! Anyway, I got to the stage where my work visa was running out and my plan was to join Eric Rippert at Ritz-Carlton Grand Cayman, but a hurricane demolished the hotel! So, as Sous Chef, I joined a task force of chefs to work in Jamaica – I thought just for three months till I could continue with the original plan, but Rippert’s outlet didn’t open for another 18 months. Jamaica was a real frustration, especially supply issues – there was no refrigerated transport so produce spoiled incredibly quickly. But I did marry a Jamaican and we started a family. For that, I wanted to move back to the States and got an amazing opportunity at Ritz-Carlton Halfmoon Bay just south of San Francisco. I spent four years there and it was where the whole farm to table thing exploded for me. It was a really nice spot but very seasonal so we moved on again.

Where to this time?
Ireland. I have to say it was never somewhere I’d thought about but an offer came out of the blue from the Ritz-Carlton Powerscourt, now the Powerscourt Hotel, in County Wicklow about 25 miles from Dublin. I went over for three weeks to check it out and then back to the States to wait for my visa. That took six months, then moved over and – bang! – in 2010 the economy collapsed…

What kind of place was it?
A stunning hotel with a beautiful castle just nearby that we used for functions. The main restaurant was a bit stuffy so we turned it into more of a fun place. Problem was the hotel only had a quite short season and I found some amazing produce though most of the fish was exported to France. We worked a lot with local farmers, made our own sausages, things like that.

Who was your main audience, hotel guests or locals?
Mostly tourists. When I arrived the place had, I think, scared the locals away by being too formal. We made it less fancy. It was a Gordon Ramsay restaurant and it was great working with him and his team to push the changes through

Bit of a change to come to Dubai?
In fact I was fortunate to travel here back in 2011 as part of the pre-opening team for Ritz-Carlton DIFC and I was amazed by the quality and diversity of the culinary offerings here. Dubai is truly an authentic gourmet destination with its constant hunger for new flavors and innovation so when the previous chef moved to Tokyo, I was asked if I was interested in taking over. I’m really excited to be here as it gives me the opportunity to add a new twist to our restaurants and work with a multicultural team.

How have you coped with the challenges of Dubai? After California and Ireland, I imagine produce supply has been an eye-opener for you here?
Well, it’s certainly different! But those challenges are, for me, a trade off for being able to work with no many new styles of cooking – Chinese, Arabic and so on. In terms of produce, I want to use more local produce and have started working with Ripe but I can see issues of timing and consistency so most of our fresh produce comes in via Fresh Express. I’d love to grow our own produce here at the hotel, but the summer temperatures probably mean greenhouses and with all the refurbishment of F&B that might be a tricky one to get budget approval on! We’ll see.

But great produce is important to you?
Absolutely. For me, the most important factor when sourcing fruits and vegetables, is taste. Buying local means that the product has been picked closer to its peak ripeness and the flavour will be delicious and more intense. Also, buying from local farms means we are supporting families who devote their lives in enriching the livelihood of others and that is always special. I’ve had a lifelong appreciation for fresh, seasonal produce and I still believe that good food starts with great ingredients, handled with care and respect, cooked with passion and perfection. This is the focus of my team and the philosophy we apply every day in the kitchens here.

What about staffing? Most chefs complain about fast turnover.
To be honest, I think that’s pretty common in our industry but junior staff here seem to expect to move on very quickly. The other day I had an application for Chef de Partie from someone who’d only been Commis 2 for six months! In my career, I moved on because I wanted to learn, to become better so I was to create that environment here. Last week, we had Chef Tarek from MLA giving a butchery display to about 20 of my staff and that sparked a discussion about how we need to pass on the basics. So maybe I’ll start some kind of culinary school in the hotel.

Tell us about the changes you’re driving through.
Well, the plans are pretty much all in place except for soft refurbs of Splendido, Amaseena and the Lobby Lounge. I’m really pleased with Blue Jade, our new Pan-Asian restaurant. We also have Palm Grill for lunches on the beach. Opening soon is a juice bar which will combine produce from farmers’ markets and superfoods for mocktails – I think that will be very popular. Our outdoor venue La Baie Lounge is next for change with open kitchens for all-day dining and cooking stations for Indian, Arabic/Mediterranean and Western food. 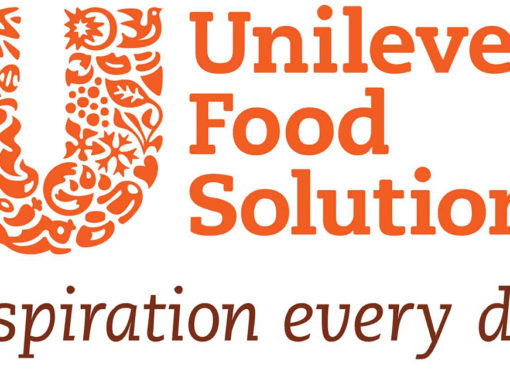 Donate or redeem this Ramadan?

To celebrate Ramadan and the spirit of giving, Unilever Food 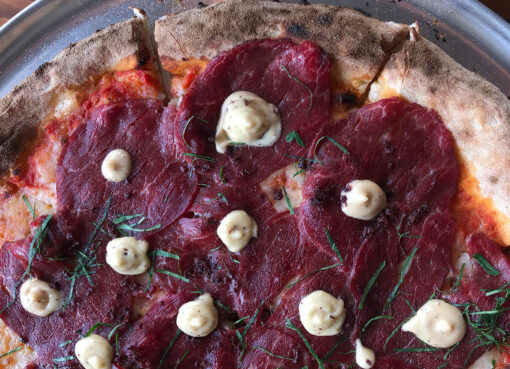 The brainchild of Emirati restaurateur Mahmood AlKhamis, Moon Slice is 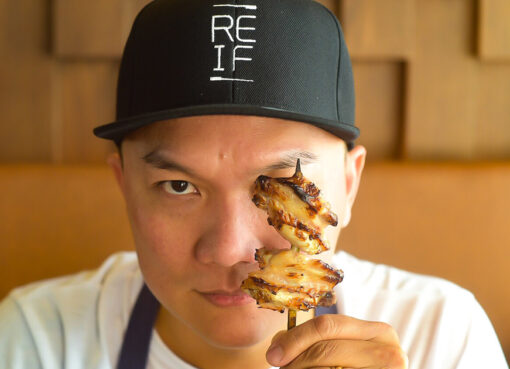 Bridging a gap in Dubai’s market for casual, street food