“It has to be the authentic horta. The dandelion leaves, we have so many different kinds in Greece and each one is different. You have to be an expert in that because that’s what puts the character and integrity into dishes.”

For a country whose cuisine typifies the healthy Mediterranean style of eating that so many people enjoy, it’s curious that Greek food is so little known, apart from half a dozen or so cliched dishes. One man determined to change that is Chef Yiannis Baxevanis, whose Elia restaurant in the Majestic Hotel is one of Dubai’s real treats. Melanie Mingas spoke to him about his style and changing perceptions.
Greek cuisine is more than just moussaka, souvlaki, and retsina, contrary to most people’s perception. Tourists who brave restaurants where locals eat nearly always rave about the quality, freshness and taste of the cuisine but it rarely translates into a worthwhile eating experience outside Greece’s borders.

A shame because the simplicity of Greek food is ideal for those looking for healthy alternatives. However, attempts by Greek chefs over the 15 years or so have not always been successul – Greece’s rich cultural tradition clashing with fads. According to Antonis Panayiotopoulos, who founded the Greek Academy of Taste in 1997: “The ‘flavours’ of Greece are the product of an entire people, with shared interests and a common past. Today, we know these flavours are timeless. Breaking bread at the table creates a bond to the past, grounds you in the present and propels you to a common future with your fellow diners. If we lose our gastronomic culture, we will have lost a large part of our culture.”

One chef focused on keeping in touch with his roots is Chef Yiannis Baxevanis who, despite five years cooking in France following culinary school, now shuns the sophisticated techniques he learned there in favour of experimenting with native Greek produce and herbs. His most valuable lessons, tips, and culinary insights, he claims, have been gleaned from private kitchens in hundreds of homes he has visited while traveling around Greece.

Why did you first want to become a chef?
In order to travel!

And you’ve travelled extensively, New York, Greece, Dubai…
First, I went to France, Germany and Switzerland to learn new techniques. I didn’t cook Greek food there per se, but everything people tasted they said it tasted of Greece, so the food still had that feeling. After five years across all three countries, then I returned to Greece, but I didn’t stop there. I incorporated Greek and Cretan cuisine and saw a lot of herbs and fresh, organic ingredients. In Greece we call it horta and I paired the French techniques with local produce and people were wondering why the haute cuisine was being incorporated into local dishes.

What did all these influences teach you about your own style?
The main thing I learned is that whatever is fresh and seasonal is good and should be used so that whatever I present is something that has come from within me. All chefs around the world have influences from other people and their surroundings. It’s how you put your influences and stimulations together and turn them into your own to create something from within you.

Tell me about your experience of New York.
I have been to the US ten times and, with the backing of the Greek government, I promote Greek cuisine and help people understand what Greek cuisine is all about.

And you took some of your horta to the US in order to demonstrate this…
That’s what makes the difference. It has to be the authentic horta. The dandelion leaves, we have so many different kinds in Greece and each one is different. You have to be an expert in that because that’s what puts the character and integrity into dishes. I have been very moved by the fact people can come and eat my cuisine and recognise the taste. There was a lady who has eaten at Elia and she ate at another restaurant and knew it was my food. She said ‘it tastes Baxevanish’.
In Switzerland I have a team I trained and somebody who went to a restaurant where his team members were working could also identify it.

Are your team Greek?
They are all Greek and have all worked with me to learn my habits and methods. They have to be in my mind frame to understand the food and then that filters down into their own cooking. I like for them to have their own paths and create their own styles. They have their own flexibility and creativity to create their own flavours but all within the same framework. Chef Ilias here also introduces dishes and they are in the same style as mine but are his own creations. Two heads are better than one and the pupil must surpass the master at some point.

What is your favourite dish created by your team?
It’s a beetroot dish with arsenio cheese, which is a very special and expensive cheese from Naxos with a fried egg on top.

Where do you source the Greek food from for Dubai?
We have Greek suppliers and there are three companies that have good connections with Greece. Owned by two brothers who are both half Greek and there is another contact who also supplies to the Jumeirah Group and they all help us and we also have our own people, personal connections. I know a lot of suppliers in Greece.

Why is Greek cuisine not as famous as Italian, Mexican, Japanese cuisine?
We have a lot of variety in Greek cuisine and it’s very rich in its variety. In the old days at home the housewives used to make a lot of mezze and we had a lot of small things on the table. Later on people get lazy because of the ease of eating out and we left a lot of recipes aside. So there are a lot of chefs in Greece who are going back to the forgotten recipes and reintroducing them for the next generation. It’s also a marketing thing. Our olive oil for example. The Italians take the good part, add something in and market it.

As more chefs leave Greece to come here, the US and Asia, could that also help the promotion of Greek cuisine?
In Manhattan, for example, the fresh fish and grilling techniques worked well and became very popular. And there are Greek chefs in the US on TV, which helps. The horta and fish is always very well received. And good reviews promote it too.

You should open more restaurants here…
Watch this space!

With the right marketing and chefs, considering the wide range of cuisines available here already, could the Middle East absorb more Greek restaurants?
I hope it will happen. When they started Elia it was with with a joint vision to put Greek cuisine on the map. It was about the horta, Cretan diet, old techniques and I was brought in to achieve that. I’ve had 13 awards for Greek cuisine and we win awards here in Dubai now also.

Going back to your influences. You’ve travelled a lot but what about family recipes?
Yes. It’s a global trend now to get to the heart of the original recipe and not to disturb it too much, or change it. Having that authentic flavour is important. The trend is as close to the original recipe as possible, but with the best of the best of fresh produce. Elia’s food is very healthy cuisine with a lot of herbs that have very strong health benefits. When they are cooked well and in good combinations it’s the best you can eat.

What’s the most popular dish here?
The seafood. People love it and it’s been on the menu for seven years.

Like trying the food of ancient Greece?
No! Not that far back. We use always whatever seasonal products we have next to us that are also fresh. My hands do all the work. Automatically, without me thinking about it. It’s about using what we have and cooking with the soul.

What recipe do you use to cook fish in a traditional Greek way?
In the old days, an example, the ladies in Crete would collect the greens and herbs from the mountainside and they would make pies. I do the same thing, but I put it in the fish and cook it in a normal oven. It infuses in the fish and it tastes divine. In Crete, I have a wood oven and I use that a lot for cooking.

What could be the next trend to influence your cooking style?
I don’t do trends and moving around so much and doing traditional cuisine and other things. Fashions come and go so many times. When I started the horta with greens it was cheap and people disregarded it but I changed all that. I made it fashionably and Greek and Cretan cuisine became fashionable. Then after the molecular era it’s all about regional and traditional recipes. Trends come and go, but I have a stable path. I influence trends more than they influence me! People know the tastes and that’s an auteur’s touch. Cuisine in future will be about the personality of the chef. 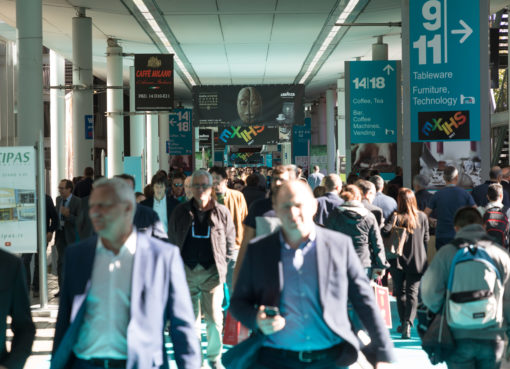 With just over a year to go before the ribbon

Voting has now opened to industry professionals for The Pro 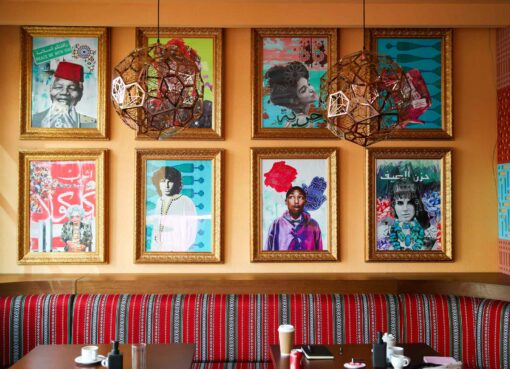