Home > The Season > A market movement 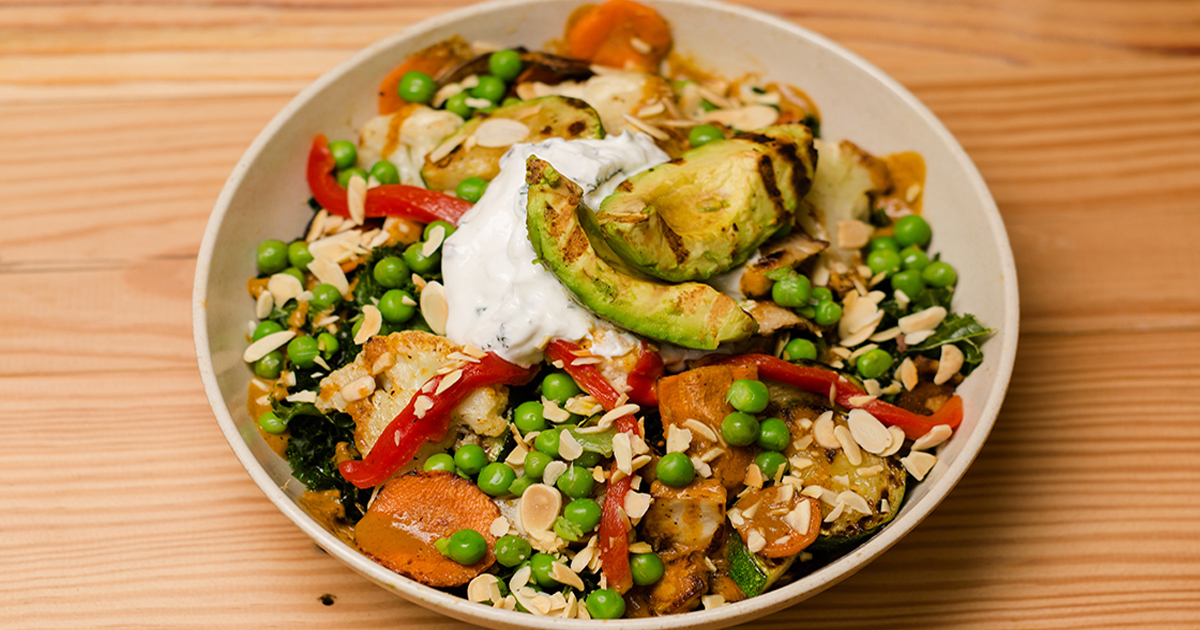 It seems that less and less diners have meat on their mind these days. It is a trend no one can ignore and one that Chef Uwe identifies when discussing the growing market shifts, both regionally and worldwide. When asked what trends from outside the region he could see working here, he says, “I believe the future will see more vegetarian and health food concepts.” He couldn’t be more right.

Offerings in the region for vegetarians, vegans and health-conscious diners are rising. The gradual introduction of vegan cafés, dedicated vegetarian menus in high-end restaurants and eateries places more importance on healthy and sustainable options. Customers are increasingly turning their noses up at fat-filled, indulgent dishes and are aware that tasty, healthy options are now equally as satisfying. Therefore, it is vital for chefs, restauranteurs and hotels to adapt accordingly in order to avoid guests going elsewhere. According to studies, 26% of Americans said they had reduced their meat intake from 2014 to 2015, while in 2014 one in eight British adults became vegetarian.

This is no longer a niche trend, but more a change in mind-set and lifestyle, one that could be highly beneficial to F&B outlets in the UAE. Restaurants and chefs now have the chance to beat competition by using their initiative to create dedicated menus and outlets for vegans, vegetarians or simply health conscious diners. This is something that the US and UK began adopting several years ago. The idea holds court with some parts of a country better than others. In America healthy eating is a key part of the LA and New York lifestyle, with restaurants regularly displaying the calorie content of dishes on their menus.

Given that the nearby sub-continent relies heavily on vegetarian and vegan diets, the relative reluctance of the Middle East is surprising. Bur Dubai is filled with vegetarian and vegan-friendly restaurants with Indian cuisine being a key focus. However, it seems many diners in the region are looking for different, more Western-influenced, options. Interestingly, customers here tend to opt for more expensive outlets such as branded vegan restaurants, shunning the cheap eats of Bur Dubai. It’s curious, especially since the ingredients used are often much the same, including:
• Kale
• Quinoa
• Tempeh or tofu
• Nut butters
• Fresh and locally-sourced fruits and vegetables
• Avocado
• Spinach (thanks to its high protein content)
• Chickpeas
• Gluten-free breads and pastas
• Pumpkins
• Butternut Squash
• Sweet potato
• Coconut oil

Sourcing is also a factor to be taken into consideration when analysing prices of these ingredients. Although European and American restaurants can source this produce relatively easily, many of these ingredients must be imported into the UAE due to the poor climate and growing conditions. This drives prices far higher than in other regions, as evidenced by a trip to any of the leading. Certain ingredients are double or even triple the price of their UK counterparts.

There is also an increased focus on sourcing from by customers, who enjoy seeing local farms or suppliers utilised on menus. Chef Uwe believes the local produce industry is growing rapidly in the region, despite the obstacles it is facing. Though a conscious effort is being made by many chefs in the region to source ingredients locally, the Middle East does still fall behind other countries due to its inherent geographical and climate limitations. Another restriction is the consumer market in the region according to the Chef, who says, “the quality of products is largely related to the price the market is ready to pay. The Dubai market is not ready to pay premium prices, hence why we do not get the best quality in general, but there are exceptions.” That said, a spike in the number of farmers’ markets in the UAE has reflected the rise in the healthy eating trend, showing that the changes in ingredient sourcing are emerging. And, as mentioned, it’s starting with meat.

Numerous studies are nurturing the vegetarian movement, for example last October the World Health Organisation (WHO) claimed 50g of processed meat (meat that is cured, smoked or with added salt and preservatives) a day could increase the chance of developing colorectal cancer by 18%. Perhaps unsurprisingly, sales of meat plummeted. Additionally, people are increasingly being told that they needn’t consume meat in order to maintain a balanced diet – protein, iron and more are all catered for via a varied vegetarian diet.

The meat-free movement poses a dilemma for chefs, and it’s one they can’t ignore for too much longer. There will always be a call for meat dishes in the Middle East – it’s in the region’s DNA – but smart chefs may look to beef up their vegetarian options. And they may just find the grass is greener on the other side…

Do you see F&B thriving or struggling here in the Middle East over the coming year?
I see it rather struggling in the coming year or two. The trend had already started a few months back and I believe it is due to a combination of an over-supply of restaurants paired with decreased and more careful spending by customers, plus a change in the region’s visitors.

What, in your opinion, will be the hottest F&B trend of 2016? Why?
It looks like that the flavour of the year is going to be Emirati food. A few restaurants have already opened or started serving the cuisine, and I believe some new restaurants are on the way. Even in catering, the requests for Emirati food are growing.

What are the underdeveloped areas of the market?
I believe the standards were better in the past. In general, the quality and knowledge of our workforce has dropped behind due to the fast growth of the F&B market, meaning that the training and development of teams has suffered too.

Which cuisines are underrepresented?
I believe South American cuisine is still underrepresented even though it has been growing in popularity since last year. I also believe there will be a gradual shift to more authentic cuisine in general.

Do you see more opportunities for local produce?
Yes, the local food industry is growing quite quickly.

How much are customers changing in terms of their demands and knowledge levels of food?
In general, the food knowledge of customers has gone up over the years. Social media is helping a lot.

How can suppliers improve their service and deliver more original, quality produce?
This is a tricky question because the quality of products is largely related to the price the market is ready to pay. The Dubai market is not ready to pay premium prices, hence why we do not get the best quality in general, but there are exceptions.

What F&B staple is missing from the local scene?
I believe Dubai has everything now as all major cuisines can be found here.

What key plans do you have for developing your property?
At the Radisson Blu Hotel, Dubai Deira Creek, we are opening a new Emirati concept. Also opening is a new pool area, along with plans to upgrade existing concepts.

Is the era of all day dining coming to an end?
I don’t think so, I believe it will stay in hotels.

What are the trends from outside the region that you think could work here?
I believe the future will see more vegetarian and health food concepts.

Where do you stand on food trucks and ‘street food’? Will we see more of them in 2016?
I believe we will, but it will depend on licensing and licensing costs as well. In Europe, for example, street food and food trucks etc. work because they are low cost, good value for money and convenient.

How is training improving? What more can the region’s culinary schools do to prepare chefs for the professional demands of the industry?
We need more schools and should look at proper apprenticeship programs for the future, but I do understand there are more schools coming. The key is that these educational programs must be affordable. 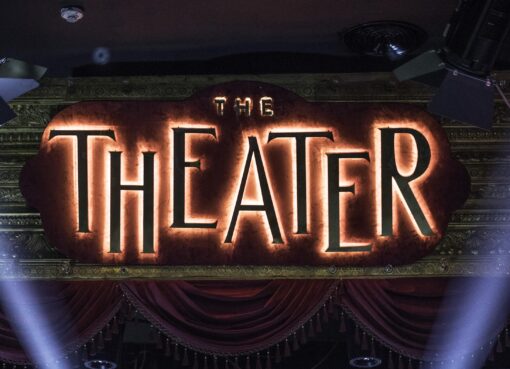 The Theater experience at Fairmont Dubai

Conceptualised by visionary music maestro, Guy Manoukian, The Theater at 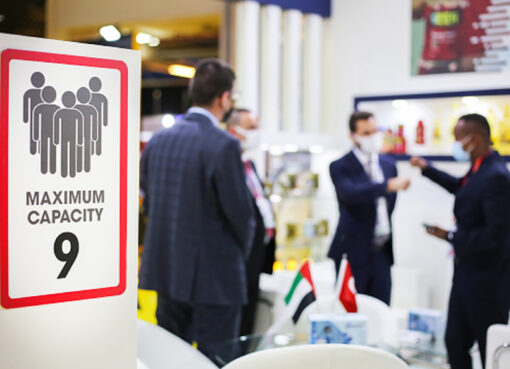 Four shows under one roof at Dubai World Trade Centre

Sponsored: Mark your calendar for November 7-9, 2021 as Dubai 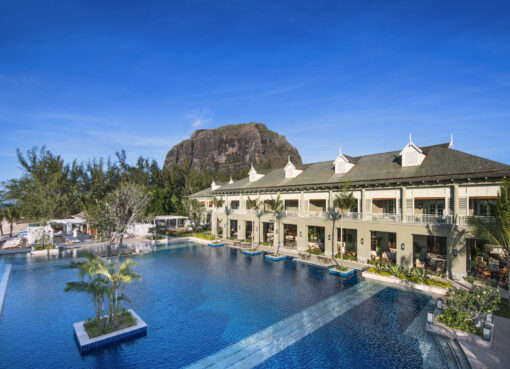 With celebrations just around the corner, the long weekend calls