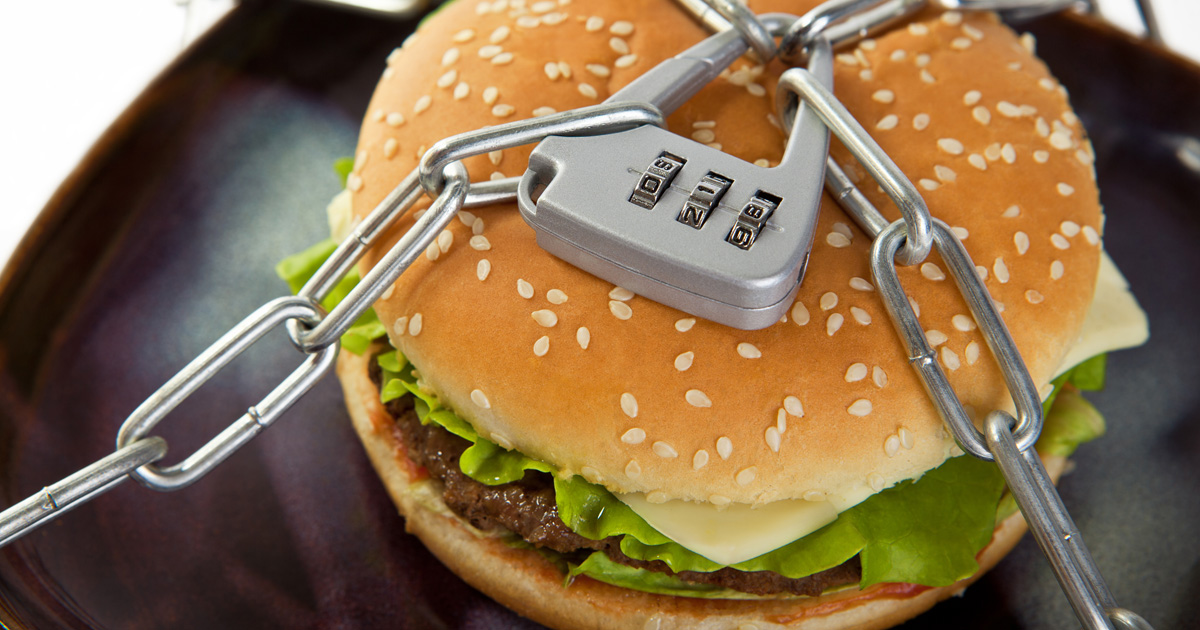 Food security was defined at The World Food Summit of 2006 as existing “when all people at all times have access to sufficient, safe, nutritious food to maintain a healthy and active life”. It also can include “both physical and economic access to food that meets people’s dietary needs as well as their food preferences.” With that considered, Four Pillars of Food Security have been devised and they comprise:

1.    Food availability – ensuring sufficient quantities of food are available on a consistent basis
2.    Food access – having sufficient resources to obtain appropriate food for a nutritious diet
3.    Food use – appropriate use of food based on the knowledge of basic nutrition and care as well as adequate water and sanitation
4.    Food stability – all of the above parameters remaining consistent over a period of time

Given the scarcity of the region’s water supply, along with limited arable land agricultural challenges, it relies heavily upon food imports making it vulnerable to fluctuations in international commodity markets. However, the UAE is set to attract 20 million visitors per year until 2020, with a further 25 million visiting during the Expo itself and with an increase in tourists comes a guaranteed rise in the demand for food both in and out of the hotels they will be staying in. In 2015, the UAE’s F&B sector was valued at Dhs42.9 billion according to the KPMG Food and Beverage Survey, which used data from market research firm Euromonitor International. With the aforementioned rise in tourism and other demands, it is set to lead to the F&B sector growing to Dhs48.5 billion by 2018 at an annual growth rate of nearly 4% in the region.

With this gradual increase, General Managers have recognised the importance of the issue of food security and the responsibility they have to maintain sustainable practises within their hotels and outlets.
Reinisch explains, “As a hotel manager handling international clients, I would say that food security is clearly linked to health. I need to ensure that the food sold by my hotel is of a good quality and is safe to eat, whether the production of food meets the food safety standards and whether it meets the demands of all the guests that are dining in our restaurants.”

It is clear that quality is key for Reinisch and this is a sentiment echoed by Bulcum who implements HACCP (Hazard Analysis Critical Control Point) at his hotels to ensure the food offered is safe for consumption. Additionally, when the hotels source from local suppliers in the region, they insist on only utilising those that are HACCP approved. Field visits are also carried out regularly by the internal purchasing and hygiene departments to guarantee that ‘food safety guidelines set by Dubai Municipality are strictly followed’.

However, the concerns of our interviewees stretch far beyond that of food safety. “Food security has long been an issue in the GCC given the region’s over-dependence on food imports that form between 80-90% of its food,” says Bulcum. These statistics cannot be ignored and must be an ‘immediate priority for the region’ according to Reinisch. However, it is something that the government has already recognised with His Excellency Dr. Rashid Ahmed Mohammed Bin Fahad, the UAE Minister of Water & Environment saying, “The region is entering a new period of economic growth underpinned by a burgeoning population with a high dependence on imported food from around the world – food security is an immediate priority.”

The fears of relying on high import figures are the levels of uncertainty that are attached to it with multiple factors attributing to the region’s food security. These include international currency fluctuations, the lack of availability of products due to sudden unforeseen circumstances, water supplies, price spikes attributed to by competition for the same food products and quality issues.

But how can the situation improve and progress? Reinisch suggests, “With demand for food projected to increase by 50% over the next 20 years and food prices on an uptrend, the issue of global food security will only become more challenging. The need to establish more coherent and effective systems of governance for food security as well as targeted investments in health, education, water and sanitation infrastructure are imperative.” Bulcum echoes this and recommends, “More exporting knowledge and hands-on expertise to improve agriculture… Promoting efficient use of water is also very crucial, as well as reducing post-harvest losses.”

Another challenge facing hotel managers is that the price fluctuations that occur with food imports for their F&B outlets will often directly lead to menu price alterations, which Bulcum says can attract or drive customers away. He also states that his biggest concern is imports becoming too expensive in the future, along with conveying a crucial aspect the UAE will need to take heed of, “Countries with agricultural investments can run out of surplus produce due to rising populations.” Therefore, developing a ‘plan B’ – ideally locally – is vital for the region.

Investment into foreign agricultural land is something the UAE has begun increasing. In 2015, the Al Ghurair Group upped its storage capacity by renting grain silos in Egypt (these are predominantly for UAE consumption only in the case of an emergency), in addition to its existing Algerian silos programme. Alan Smith, the Managing Director Gulf and Pakistan for Mondelez International (formerly Kraft Foods) said, “Five years ago we had to import 80% of the raw materials we used for production. Today 80% of the raw materials we use comes from the GCC. The world’s biggest food producers, such as Nestlé and Mars are here, because they can now have viable production facility here.”

Bulcum also believes the region is heading in the right direction with its investments to ensure that a constant supply of quality and nutritious food is secured for the country’s future. He suggests implementing climate controlled environments for home-grown crops to combat the unfavourable weather conditions, which, in turn, will also help to prevent water loss.

Local produce is another factor both interviewees addressed and one that they believed would form a viable solution. Reinisch says, “[The] UAE’s food security could be achieved only through regional agricultural integration… using advanced agricultural methods supported by active research and development programs, as well as effective governance of water and land resources.”

Additionally, local sourcing is pushed for by Bulcum within his hotels, “We encourage purchases from the local market for as many products as we can, to help the farming and agriculture growth in the UAE.” While Reinisch includes the need for increased integration of local resources in his solutions for improving regional food security, he also suggests a rise in international trading, overseas investment and maximising the production of what can be grown domestically.

After analysing the areas explored by both Reinisch and Bulcum, along with the current market situation, it is clear that though the UAE still requires substanital agricultural development and additional avenues to ensure the situation is improved, it is still making strong progress with food security.

In the first two months of 2016 alone, the government has discovered that quinoa proves to be an optimal crop for cultivation in the UAE following years of extensive research, a significant revelation for the region. It was also recently announced that Dubai’s first urban rooftop garden has opened at Time Oak Hotel & Suites in TECOM with the help of the Slow Food Dubai initiative led by Laura Allais-Maré.

If one hotel can make such a vast stride in the production of local resources, it could
be worth exploring the benefits of more hotels in the region following suit. Could yours be next? 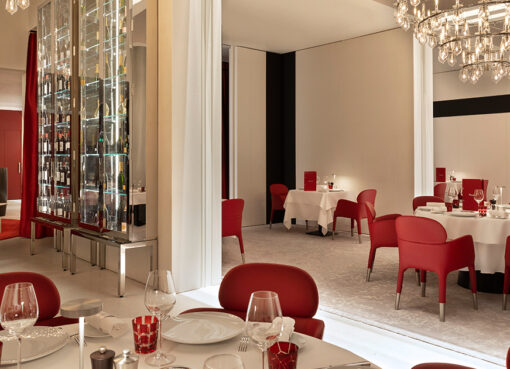 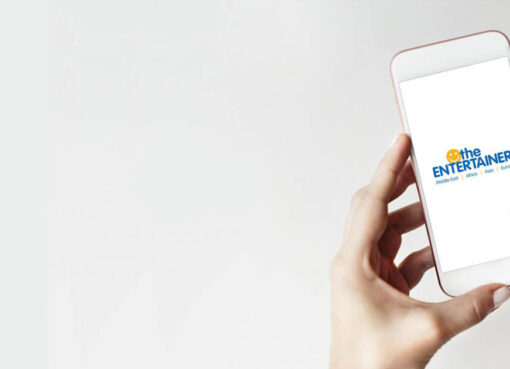 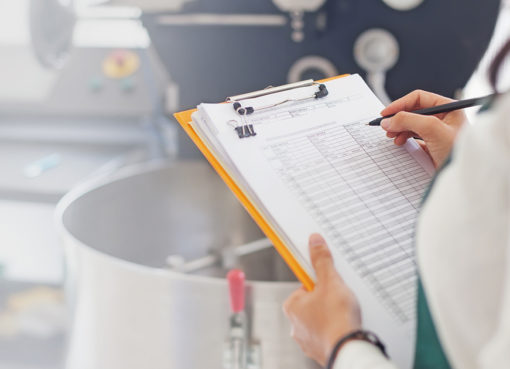