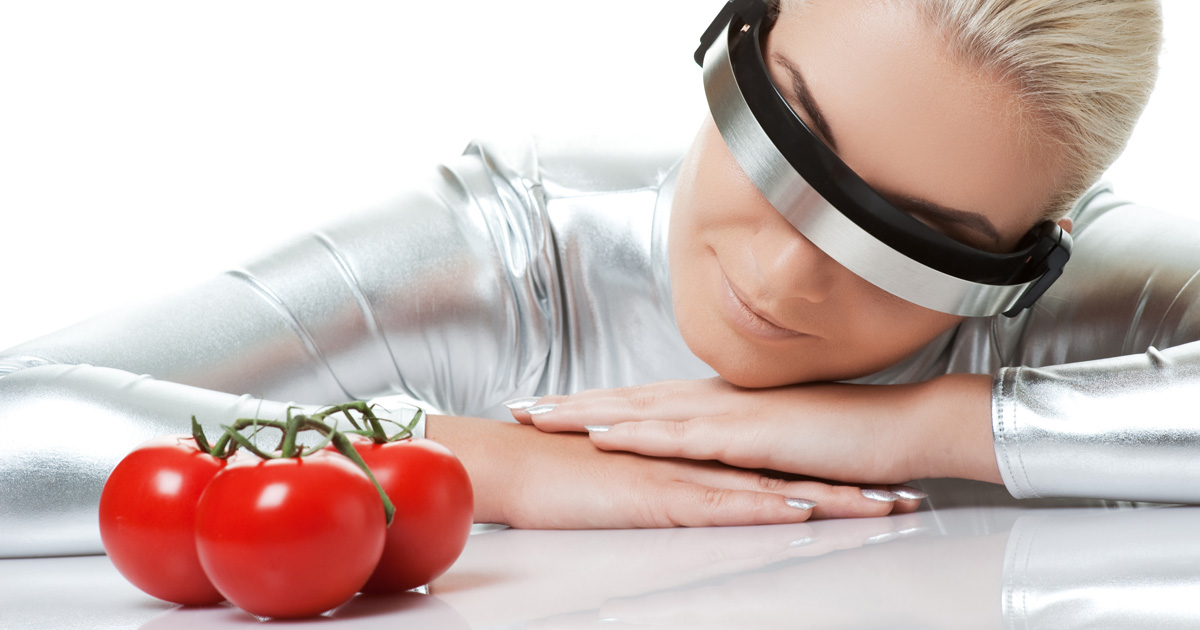 According to PEW Research Centre, the Middle East’s population is set to swell from 341,020,000 in 2010 to 588,960,000 in 2050. That’s 72% more hungry mouths to feed. The challenge is considerable for any corner of the world, but particularly the Middle East. With its arid, aggressive climate, food production is not exactly the region’s forte. Agriculture accounts for less than 1% of the UAE’s GDP and yet it is responsible for 60% of the country’s water usage. We are cripplingly dependant on our neighbours for dinner, with some countries, such as Qatar, importing up to 90% of foodstuffs. The situation is stable but far from sustainable, and certainly not comfortable. If we are to provide for ourselves tomorrow we must take things into our own hands today: that means using technology.

While many Middle Eastern residents possibly couldn’t tell one end of a trowel from another, when it comes to technology we’re at the top of the class. The UAE has one of the highest smartphone penetration rates in the world and even the youngest residents can work their way around a tablet. All this might seem inconsequential, but it indicates something important: the region is primed for digital disruption, even outside the technology arena.

The relationship between technology and food is nothing new; ever since Charles Newbold created the first cast-iron plough in 1797 we’ve been experimenting with ways to make farming more productive. The last 20 years alone has seen farmers use satellite technology, genetic modification and cloning to improve practices. With the major food producing countries of the world well-catered for in terms of technology, the spotlight has shifted to more unusual terrains, such as the Middle East. But just how do you grow dinner in the desert?

Much of the UAE is arid, open plains. For anything to grow here it must be regularly watered, difficult when the average annual rainfall is just 120mm. The Emirates is mainly dependant on sea water desalination and occasionally on ground water wells. The cost of desalination is significant, especially when it requires such volumes of water to nourish crops (if plants are surrounded by sand then water percolates down past the roots to the groundwater, missing the plant completely). The solution comes in the unusual form of Hydrophobic sand.

Hydrophobic sand is regular sand treated by organic silica compounds. Using nanotechnology, the hydrophobic organic compound of trimethylsilanol forms a thin coating that covers normal sand and makes it water-resistant. Basically, it’s waterproof sand. The result is best in class produce that is nutritious and rich in minerals and sugars. At $68 per tonne it’s not cheap, but there are a wealth of benefits up for grabs, not least seriously reduced water consumption.

Fahad Hareb, Chief Executive of Desalt Innovation Middle East, owns a factory in Al Ain that makes hydrophobic sand. He claims that instead of watering crops for 40 minutes a day with sprinklers, about the average in the GCC, with hydrophobic sand the terrain can be treated in just two minutes. “In some areas in Abu Dhabi, we found 75% of water savings because you have no water loss through percolation,” Hareb claims. The sand lasts up to 30 years and also helps with soil salinity issues.

Sceptics should have their doubts dispelled by a UAE university study which found that the sand is not harmful to the environment or crops. In fact, produce flourished: the roots of plants used in the study were 20% denser than usual and the overall harvest was 33% heavier. “The plants were not only surviving but actually thriving and growing nicely,” explains Hareb. The price may be an obstacle, but the promise hydrophobic sand holds for the Middle East cannot be overplayed.

Continuing the hydration theme, Bassel Jouni – Designer for Roots Up, Ethiopia – has an exciting invention to showcase at this month’s Global Forum for Innovations in Agriculture (GFIA) in Abu Dhabi. His dew collecting greenhouse is designed to efficiently harvest water from morning and evening dew. During the day, as temperatures rise outside, the heat makes water from the plants inside the greenhouse evaporate. At the end of the day, the farmer opens a flap on the top of the structure, and the water condenses into dew, rolling back into a collection tank. The crops essentially water themselves.

Another clever invention sure to cause a buzz at GFIA is the bee backpack being exhibited by the Australian Commonwealth Scientific and Industrial Research Organisation (CSIRO). CSIRO has partnered with technology titans Intel, Hitachi Chemical and Nissin Corporation to target the health of honey bees. And they’re using manually fitted high-tech micro-sensors to do it. The device works in much the same way as a vehicle e-tag system; strategically placed receivers identify individual bees and record their movements. This tiny technology allows researchers to analyse the effects of stress factors including disease, pesticides, air pollution, water contamination, diet and extreme weather on the movements of bees. A pretty sweet solution to problems
facing pollination.

A region more concerned with horticulture than honey, Abu Dhabi’s Masdar Institute of Science and Technology is using similar micro-sensor technology to improve industrial agriculture. “Our Mems research in Abu Dhabi is working on Mems gyroscopes and accelerometers, similar to what we have in our tablets and smartphones, that can be embedded in agricultural applications and, not too far in the future, significantly improve crop yields and soil productivity,” says Ibrahim Elfadel, a professor at Masdar Institute. “Agricultural and farming machines are being instrumented with gyroscopes, accelerometers and GPS monitors with the goal of moving these machines up to the next level in crop productivity by maximizing land, and water use – what’s known as precision irrigation,” explains Elfadel. The Greenheart Organic Farm in Sharjah is already using such sensors to maximise
their yield.

Engineers must be on to something because even foreigners are dropping down in the desert to grow their empires. In 2013 Japanese technology giant Sharp announced plans to build a factory in Dubai to grow strawberries. The indoor facility uses LED lights to facilitate photosynthesis, meaning produce can go from the plant to plate without the risk of spoiling in transit. Sharp invested roughly $100,000 in building the laboratory test facility, with the aim of growing up to 3,000 strawberries a month.

Technology is shaking up Middle Eastern agriculture, but it’s not only arable farming that’s affected. Some of the most exciting developments are happening in pastoral farming. In 2013 Dr Mark Post, Chairman of Physiology and Vice-Dean of Biomedical Technology at Maastricht University, The Netherlands, caused a stir when he served the first ever lab-grown beef burgers to the British public. The move followed years of research and a $300,000 investment, in part funded by Google co-founder Sergey Brin.

Dr Post appeared at last year’s GFIA event in Abu Dhabi, where talk of his lab-grown burger was top of the menu. The cultured beef is made from the stem cells of cows. “All our muscle cells have stem cells and they are just sitting there in case they need to repair tissue in case of injury,” Dr Post explains. “You can take those cells outside of the body and let them replicate as they would in the case of injury and let them form muscle tissue again.”

Allowing the protein created by the stem cells to grow for three weeks, the team found it created a muscle fibre microscopically identical to a whole-muscle steak. Harvesting upwards of 10,000 of the fibres and combining them creates a product comparable to ground beef. The projected price, based on scaled up models, comes in at around $65 per kilogram – something the team hope to reducing moving forwards. They’re also looking at ways of making the process internally sustainable; at the moment the product is dependant on a blood-based serum derived from live cows. If the team is planning on marketing the product in the Middle East they inevitably need to assuage religious concerns about the lab-grown meat too. Plenty of obstacles in the way of this interesting proposition.

Going back to the question of dining in the desert, it seems it certainly is possible. Once written off as wasteland, governments, engineers and producers are considering the Middle East with fresh curiosity. With the help of technology, we are one step closer to self-sufficiency through enhanced arable and pastoral farming practices. It may take years to add an extra digit to the UAE’s 1% agriculture GDP figure, but the region has an appetite for the challenge. 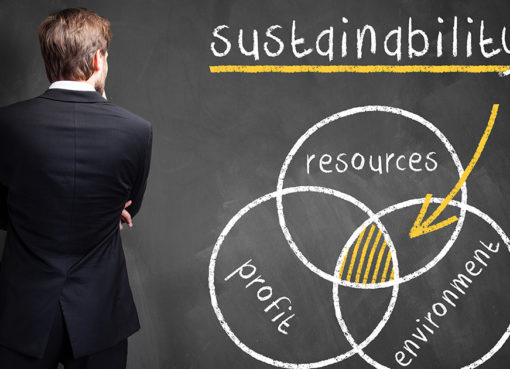 Sustainability as a business model for success

Sustainability is without a doubt the biggest business opportunity of 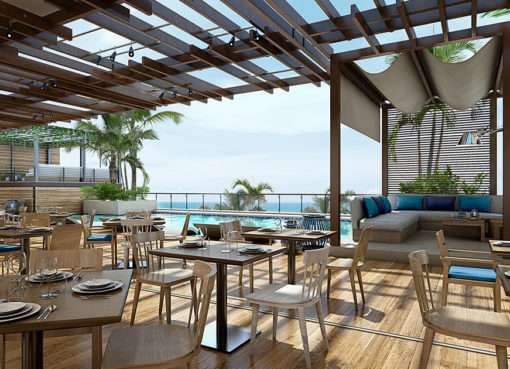 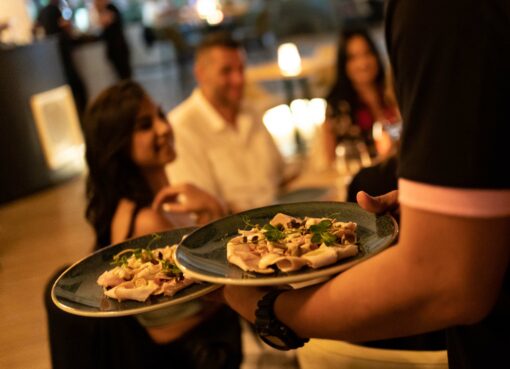 The Hidden Hog launches at DIFC