Home > The Country > A Turkish delight 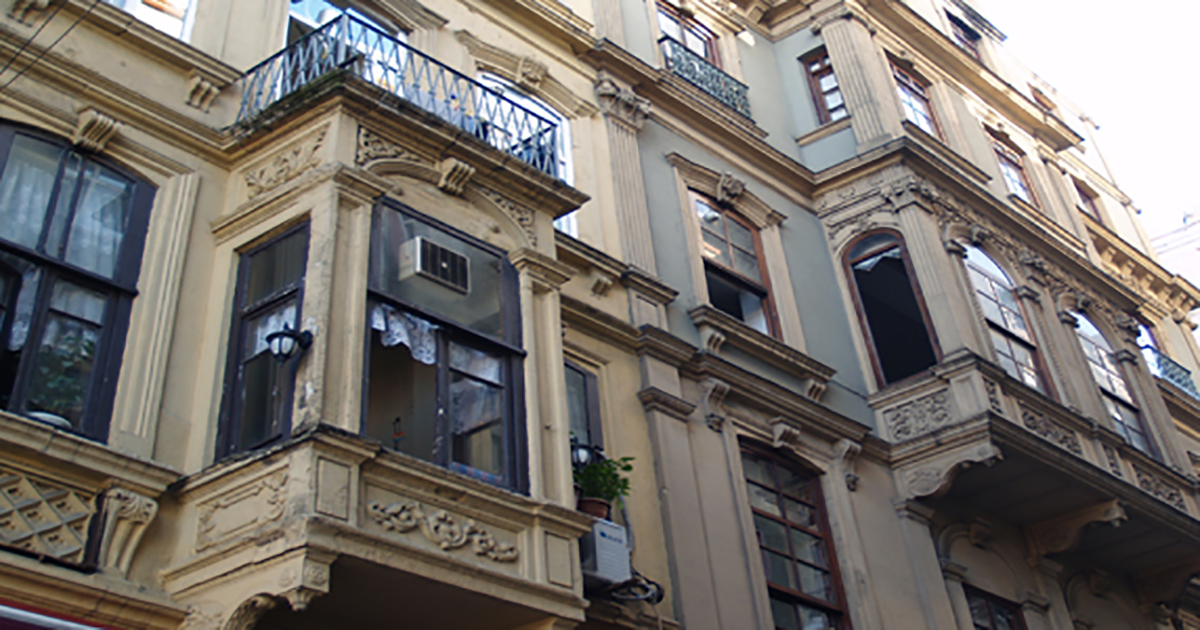 “Sinit is most commonly eaten fresh for breakfast with cheese and can be bought all times of day off the streets, sold from carts or by vendors carrying wooden trays on their heads.” This month’s travel feature takes you through the streets of Istanbul, where east meets west and the culinary scene boasts an exciting mix of traditional cuisines, enthused by neighbouring flavours and incoming food trends.

Split between two continents and separating Europe from Asia, Istanbul is unlike any other city in the world. Straddling the Bosphorus Strait, Turkey’s largest city which, strangely perhaps, has never been its capital is still home to more than 15 million inhabitants and over 10 million tourists per year – music to the ears of local food vendors.

Originally founded by the Greeks in the seventh century BC, the ancient city is home to some of Turkey’s best restaurants, including many that have retained the skills of the old Ottoman cuisine over the years. Fish is a firm menu favourite – thanks to the lengthy coastline – and snacks are notorious throughout the city with kebab stands, pastry shops and cafés serving up local treats at all times of day.

On the ground in Istanbul and dedicated to finding the city’s best eateries, Ansel Mullins of the Istanbul Eats and Worldwide Culinary Backstreets blogs, explains that “Istanbul is such a great place for those looking to explore the city and sample all that is on offer. The city is not necessarily full of ‘foodies’, however people who share a love for good, hearty local food.”

He explains: “Istanbul has a big emphasis on regional cuisine, traditional Turkish food. However, the food is also influenced by close-by countries such as Greece, Italy and Syria. The city has a big street food culture, where visitors will find things such as döner kebab (meat cooked on a vertical rotisserie served in bread), shawarma (grilled meat often served in a wrap) and köfte (balls of minced meat, usually beef or lamb, mixed with spices and onions).” During the colder months you’ll be sure to find a lot of winter-warmers around such as soups, particularly those made with lentils like mercimek çorbasi (a steaming, red lentil soup peppered with chili and mint).

A national drink, tea (cay) comes in all flavours and temperatures in Istanbul. Popular with locals and tourists alike, apple tea is served in nearly all cafés, using the true flavour of apple as a refreshing way to take a break any time of day.

“You can really expect everything from Istanbul, there are many fine dining restaurants, casual dining outlets and a new thing I’ve noticed around is the incoming of several hip-experimental restaurants, which are taking off are they offer something different,” explains Ansel. “I think this is due to the fact that, up until recently, Istanbul didn’t have many culinary schools. The whole concept is a very new thing here, so chefs in the region typically learned from their elders and followed the Ottoman way of cooking. The city is ever-changing and evolving, it’s very accepting of incoming trends, however it always seems to retain its traditions.”

It’s also a city where bread is a culture. Freshness is key when it comes to bread in the city and you’re not likely to find many pre-packed options on the shelves. A staple item, bread (ekmek) is most commonly baked twice a day, early in the morning and late in the afternoon so that it can be picked up en route home from work to serve with dinner. “Bread has major cultural significance in Istanbul and throughout the city you tend to see bread everywhere, however there isn’t a wide variety. Instead, the Turks specialise in several breads and they do them well,” explains Ansel.

In local bakeries, you’re likely to find breads such as flat bread, pita (pide in Turkish) bread, lavash wafer-thin bread, white loafs, sinit and bazlama, which is otherwise known as ‘village bread’, a popular Turkish bread made from wheat flour, water, table salt and yeast. “I think the sinit, which is somewhat like a bagel, a round, crispy bread coated with sesame seeds ranks top when it comes to bread in Istanbul. This is most commonly eaten fresh for breakfast with cheese and can be bought all times of day off the streets, sold from carts or by vendors carrying wooden trays on their heads,” he added.

Often accompanied with a selection of breads, another popular trend in Istanbul is the meze style of eating – mezzes are a selection of small dishes that include things such as hummus, beyaz peynir (white cheese), kavun (sliced ripe melon), acılı ezme (hot pepper paste with walnuts), haydari (thick strained yogurt like the Levantine labne), patlıcan salatası (cold aubergine salad), kalamar (calamari or squid), cacık (yogurt with cucumber and garlic), dolma or sarma (rice-stuffed vine leaves or other stuffed vegetables, such as bell peppers) and köfte (meatballs).

If there’s one thing we can all relate with Istanbul, it’s the famous döner kebab, a traditional Turkish dish made from compressed meat (usually lamb, beef, chicken or veal) that is cooked on a vertical rotisserie, thinly sliced and served wrapped in a flatbread such as lavash or pita. Sliced directly from the spit to order, kebabs are the nation’s most favoured snack and come with a variety of ingredients such as meat, fish and vegetables.

“You’ll find kebabs wherever you go in Istanbul, they’re all over the streets on food trucks and in restaurants: it’s very much a kebab town. Visitors can be sure to find kebab joints on all street corners, and each cook in their own unique ways,” said Ansel. There are many variations of the kebab, such as the büryan kebab, which involves the slow cooking of a small lamb over coals in a deep hole in the ground, resulting in extremely tender meat covered in a thin layer of crackling. Kebab meat can also be marinated and cooked over a wood fire. Others include the fistikli kebab, consisting of minced suckling lamb stuffed with pistachios, the İskender kebab, which is döner lamb cut into long ribbons served on crumbled pita and yoghurt, topped with peppers plus tomato and butter sauces. Despite being most commonly associated with bread, kebabs are also served with rice or potatoes and often with a hot roasted pepper, much like the tokat kebab which is made up of lamb cubes grilled with potato, tomato, eggplant and garlic.

Although seemingly like an average grilled meatball to the city’s visitors, another Turkish favourite and one for the meat lovers is the köfte – minced lamb meatballs with herbs, commonly including parsley and mint. The difference between a good and bad köfte? Be sure to look out for those vendors who bulk up their köfte with breadcrumbs, the crème de la crème of meatballs is found in kitchens priding themselves on serving high meat content.

For those who love fish, Istanbul is the place for you, surrounded by the waters of various seas, the city offers over 20 different kinds of fish every season. With plenty of excellent fish restaurants located by the Bosphorus, diners can expect to find certain find a range of different fish in Instanbul, dependant on the month. January: anchovy, horse mackerel, red mullet, whiting. February: bonito and tubot. March: grey mullet and sea bass. April: swordfish. May: sole, shrimp and lobster. June: goby and tuna. July: crab and sardines. August: bluefish. September: bonito and sardines. October: mullet and small blue fish. November: whiting. December: anchovy.

“Istanbul is a gifted city when it comes to fish. Every season of the year you can find different kinds of great fish. The locals particularly enjoy the smaller fish like anchovy and horse mackerel, which are most commonly served to visitors in a piece of bread down by the water,” said Ansel.

Remember, finally, to buy your ‘evil eye’ when visiting Istanbul, a typical blue and white charm acclaimed for protecting its holder. The old Turkish superstition claims that the evil eye will protect you against those capable of causing you harm because of jealousy, you’re bound to see them all around the city.

“All in all, Istanbul is truly a city faithful to its traditions and its local cuisine,” concluded Ansel.

Who better to give us an overview of a city’s food culture than a chef? We grabbed a few moments from the busy schedule of chef Reif Othman, to give us some tips on eating in the city.

Top Istanbul street foods or snacks?
Most common on local streets are kebabs and meatballs, which are sold from small shops or mobile carts.

Most surprising thing about the food in Istanbul?
The locals consume a lot of yoghurt, organs and vegetables. Generally, a cold yoghourt drink called ayran is always preferred and consumed with any meal.

Which hot drink is most common?
Mostly black tea is preferred. Whilst on trips throughout the city, they tend to offer black tea or Turkish coffee.

Restaurant recommendations?
For Turkish cuisine, I recommend the Hatay Sofrasi and Borsa restaurants, these are two of my favourite hotspots I like to visit. And Zuma, of course!

You have a weekend in the city – what are the ‘must see’ sites?
Topkapı and Eminönü are the most historical places. Taksim is the central location and there are many small bars there. Ortaköy is also a must see location.

Turkish food shop finds or markets?
Turks like to go to local street bazaars. Every small town has a local bazaar on certain days of the week, with cheap, high quality items on sale.

Eat these for sure! 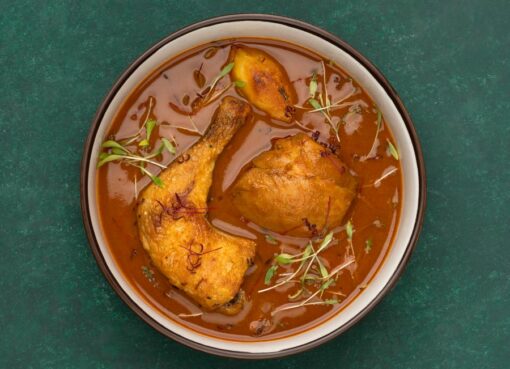 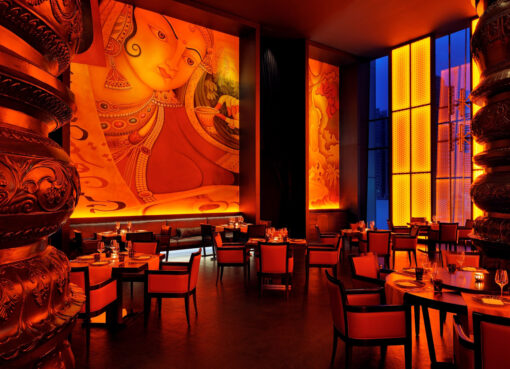 Mark your calendars this September for a fresh, new Rang 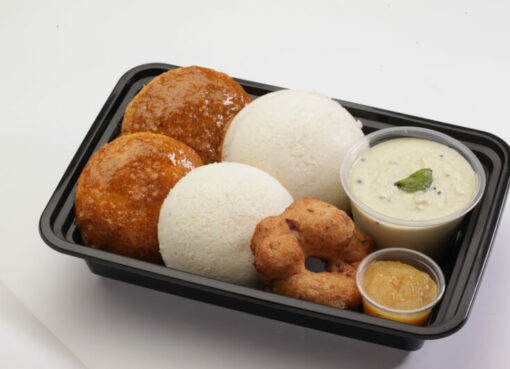 Ready for some ‘Steamed Goodness’?

Mondy Cheer, a traditional Indian sweet and tuck shop that